CLICK ON JACKET FOR AMAZON KINDLE AND PAPERBACK PAGE #ad 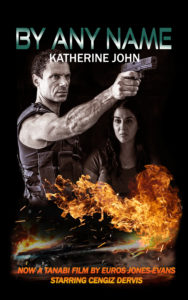 REVIEWS BY ANY NAME

The idea for this book came to me during a visit to the USA in 1994 to meet my American agent. I was watching TV in my hotel room when I saw an appeal by the Arizona Police for information that could help identify a young man found severely dehydrated and  close to death in the desert. His  only memory was a knowledge of  computerised weapon systems. I thought I knew his identity, but unfamiliar with Arizona, I  moved the story to the Brecon Beacons in Wales. I wrote the first draft in 3 weeks because I wanted to know the ending – the title – a Shakespeare quote that seemed apt.

Tanabi’s film of By Any Name resulted from an “out of the blue” telephone call and meeting with the CEO of Tanabi, Euros Jones Evans and producer Samira Mohammed Ali. Within a few days later they optioned the film rights of  By Any Name. Six weeks later we were on set. I wrote a script based on the book and volunteered my services as script editor. The cast and crew were a dream to work with. It was amazing and humbling to see the efforts they made to bring my book and characters to life on the screen.

A bloodstained man runs half naked down a motorway at night dodging high-speed traffic—and worse. Cornered by police, admitted to a psychiatric ward suffering from trauma-induced amnesia, all he can recall is a detailed knowledge of sophisticated weaponry and military techniques that indicate a background in terrorism.

When two armed soldiers guarding his room are murdered and Dr Elizabeth Santer, the psychiatrist assigned to his case, is abducted at gunpoint a desperate hunt begins for a dangerous killer

Terrorist—murderer—kidnapper—thief whatever he is, he remembers a town in Wales and he drags Elizabeth Santer to Brecon with the security forces in all-out pursuit. There, a violent and bloody confrontation exposes a horrifying story of treachery and political cover-up.

Is Elizabeth in the hands of a homicidal terrorist or an innocent pawn? Her life depends on the answer. 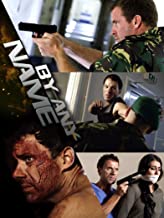 A half-naked, blood-covered man is apprehended running through the woods. He displays knowledge of sophisticated military techniques, but has no memory of who he is. Entrusted to the care of a female psychiatrist, both of them must go on the run when the army decides that the amnesiac man – known only under an alias of “John West” – is a security threat who must be stopped at all costs.

Photos and videos from the film 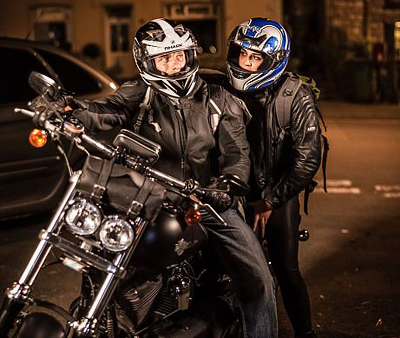 By Any Name’s leading man Cengiz Dervis and Samira Mohamed Ali on a bike – ‘I think they both fell in love with that prop’ Perhaps Cengiz more than Samira.

Click here for an interview with Katherine John, the film’s screenplay writer. 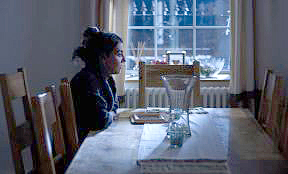 By Any Name‘s leading lady, the beautiful Samira Mohamed Ali.

Click here for an interview with Samira Mohamed Ali. 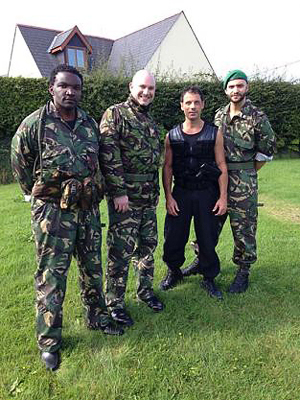 Leading man, Cengiz Dervis with three soldiers – ‘Second from left is my son, Ralph Watkins, I never thought I’d see him in uniform!’. 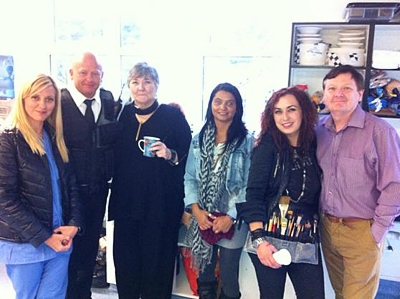 Actors, crew and writer on set – ‘I loved filming, because I met real live people as opposed to the characters who inhabit my study’. 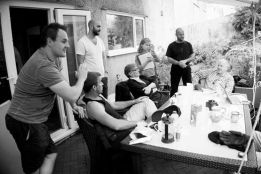 By Any Name‘s amazing and insightful director, Euros Jones-Evans and the rest of us relaxing between takes. 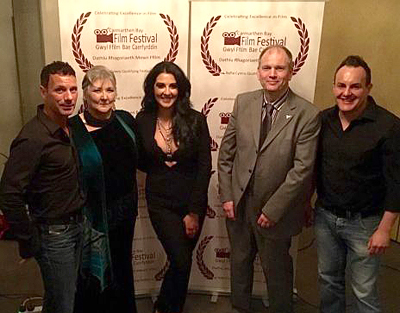 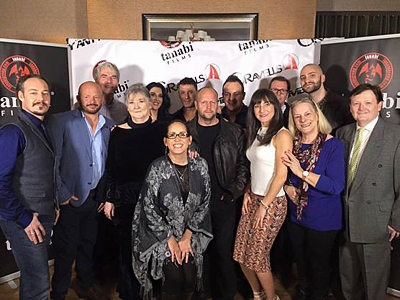 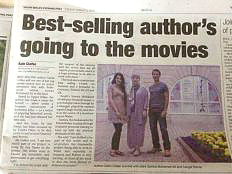