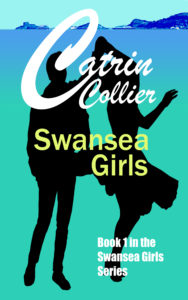 It is Saturday night and the Pier Ballroom in Swansea is the place to be: For Lily, an evacuee unclaimed by her family at the end of the war; for Judy, taught independence by her war widow mother; for Katie, the product of a marriage between a drunken, violent father and a cowed, beaten mother; and for the spoiled, wilful Helen. It is an evening that fuels jealousies and sows the seeds for friendships, confidences, and romance . . . 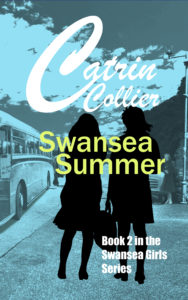 In the Swansea of the fifties, there is only one thing for a boy to do when he gets a girl ‘into trouble’ and that is to marry her – and quickly.

Blighted by an unhappy childhood, passionately in love for the first time in his life, Jack can’t wait to do the right thing. A happy family of his own is all he ever wanted but not even in his wildest dreams did he envisage a wife like Helen.

Beautiful, intelligent and loving, Helen is headstrong enough to defy her family and convention for Jack and, when her father gives them his blessing, their future beckons assured and glittering – until tragedy strikes and tears them apart.

January 1957, Helen’s husband Jack returns from National Service. Happy, reunited, they slip back into life together with their friends; Lily, pregnant and married to Jack’s brother Martin, Katie, pregnant and married to Helen’s father John, and Judy, engaged to policeman Sam.
Their idyll ends the night Jack confesses a fling with a sergeant’s widow has left the woman pregnant. Helen is barren, handling her friends’ pregnancies was difficult; but Jack’s revelation is shattering. Still loving Jack, she starts divorce proceedings until life offers a choice which might save their marriage if she can find the courage.

iris williams
5.0 out of 5 starsi loved this book

Format: Kindle EditionVerified Purchase
i loved this book, but must admit it could have been for personal reasons.it brought back many memories for me as i grew up in the Welsh valleys during the era book was set in.i do think however that i would have enjoyed the book had i not been Welsh because it was an easy read and the characters were very real.
Amazon Customer
5.0 out of 5 starsGood holiday read

Format: Kindle EditionVerified Purchase
A blast from the past a bygone era of values and social struggles
Meirion Adjetey
5.0 out of 5 starsGreat read

Format: Kindle EditionVerified Purchase
Haven’t read anything like this for a while. Enjoying getting to know the characters and their lives. Look forward to the next one !
MRS S MILLER
5.0 out of 5 starsFantastic reading all the books and thoroughly recommed this trilogy

Format: Kindle EditionVerified Purchase
I already submitted a review as soon as i finished reading this book, but you must have mislaid it…..I thought this book was fabulous i have also just finished the 3rd book in the trilogy an hav e submitted a review for that one too. Fantastic reading all the books and thoroughly recommed this trilogy….Catrin Collier is a wonderful authur.
Mrs. A. Wright
VINE VOICE
5.0 out of 5 starsToo good to finish

Verified Purchase
The last of the trilogy titled Swansea Girls Swansea Summer and now Homecoming.. I have loved all three books which describe the story of the journey LIly, Helen, Judy and Katie make through teens to motherhood. There is sadness, happiness, love, hate and despair in this well written story. The characters are warm and caring and not too good. Very true to life. For me the real test of a book or set of books is the sense of regret I feel when I finish reading them. I certainly don’t want to say goodbye to these girls and am sorry that unlike Ms Colliers other series this is only a trilogy. Recommended to anyone who likes family stories