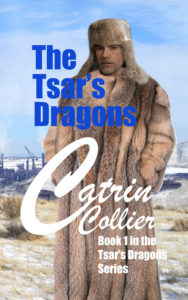 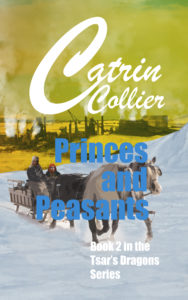 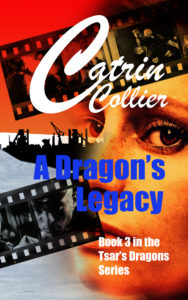 A trilogy that relates the sweeping story of endeavour and endurance, loves and passions set in the hills of Wales and the Russian Steppes from 1869 – to 1956. Based on the exploits and achievements of Welshman John Hughes who, at the Tsar’s invitation, built an ironworks and founded a city, Hughesovka (now Donetsk) in the Ukraine. The emigrant colliers and ironworkers he recruited in industrial Wales emulated the settlers who travelled westwards by waggon train in America, with one major difference, their bullock carts turned  east to the Russian Steppe.

In 1869, “modernising” Russian Tsar, Alexander 11 formulated a plan to drag Russia into the industrial age. He began by inviting Welsh entrepreneur John Hughes to build an ironworks on the Russian Steppe. A wealthy, successful, Victorian businessman, John left wife, family, mansion, and country to travel 1000 miles to a primitive backwater, medieval in state and outlook. A charismatic visionary with enormous personal magnetism, John persuaded Britain’s old aristocracy and nouveau riche to invest in his venture, while concealing his greatest secret – he couldn’t  write his name.

John Hughes named and created Hughesovka, a town that offered opportunity. It rapidly gained notoriety as a hotbed of villainy, where murderers, thieves, whores and illicit love affairs flourished. The immigrants were housed by John Hughes in his “New Russia Company” houses, living alongside aristocrats in manors, and peasants whose homes were holes scooped in the steppe. All soon discovered that plague, famine and massacres could strike in palaces as well as pits.

JOHN HUGHES recruited adventurers like himself, prepared to sacrifice everything, including their lives to ensure the success of his new town. Men like Glyn Edwards, who’d spent his married life travelling with and working for John to avoid his wife in Merthyr. The young and ambitious, typified by newly qualified Dr Peter Edwards and his workhouse raised wife, Sarah, seeking an escape from class ridden Britain. Alexei Beletsky, a Russian aristocrat who sees Russia’s future in John’s and the Tsar’s plans for modernisation. Cowed Jews forced live “beyond the pale” like Dr Nathan Kharber who accept anti-Semitism as the inevitable fate of their race. And those fleeing violence in and destitution Wales, like young brother and sister, Richard and Anna Parry.

REVIEWS OF THE TSAR’S DRAGONS

ETP
5.0 out of 5 starsIf you like history this book is for you

Format: Kindle EditionVerified Purchase
If you like history this book is for you. Set in Wales and in Russia in the 1860’s the poverty in the Wales where many work in the coal industry and iron works are leaving to start a new life in Russia. A Englishman is building coal mines and iron works, in fact a whole new town in the Russian Steppes. I found this book exciting and cut not put it down. I can highly recommend it.
Jennifer Boston
5.0 out of 5 starsExcellent

Format: PaperbackVerified Purchase
Excellent story marrying up the two lives of miners in Wales and their transition to Russia. An engrossing tale which has the reader avidly turning pages.

The second volume in Catrin Collier’s epic The Tsar’s Dragons series, set in the late nineteenth-century Russian Empire. Welsh industrialist John Hughes has succeeded in building his ironworks on the Russian Steppe – and a city bearing his name has grown up around it. For people like Hughes’ right-hand man, Glyn Edwards, who has found love in a new country, and Anna Parry, a Welsh orphan who has found fulfilment working in Hughesovka’s hospital, the city offers a chance to build a new life – but fresh arrivals from their hometown cause trouble and threaten the peace and stability of their new existence. Meanwhile, for ambitious Russians like Alexei Beletsky, the city offers a chance to change their homeland for the better – but Alexei still has to deal with the ancient prejudices of his people when  he marries a Jewish girl, Ruth, and the new couple make enemies among both races.

Jacky MT
5.0 out of 5 starsBrilliant follow up to The Tsars Dragons

Verified Purchase
Really looked forward to this book and was not disappointed at all. It carried on from where the first book left off and was a great story from beginning to end. Well done Catrin Collier you never fail to please. Highly recommend but read The Tsars Dragons first.
Wad3klg
5.0 out of 5 starsAnother good read

For those possessed of John Hughes’s vision and work ethic, the town of  Hughesovka on the Russian Steppe has fulfilled their wildest dreams. Colliers and ironworkers born in the slums of Merthyr, and Pontypridd find themselves wealthy enough within a generation, to buy and build palaces in Hughesovka and St Petersburg and employ the staff to run them. With John Hughes at the helm, The New Russia Company goes from strength to strength and the town of Hugheskova (or Yuzkova), becomes a city. Many of Hughes’s working class Welsh Victorian engineers acquire and adopt the trappings of aristocratic life,  carriages, fine clothes and jewels, but when the First World War breaks out and the Russian Revolution  become a reality,  the lives of Welsh immigrants, along with Russian aristocrats, Jews and Cossacks are changed forever. The fortunate  are the ones who escape with their lives . . .

Format: Kindle EditionVerified Purchase
I had been trying to get a copy of this book for quite sometime having read the previous books in this trilogy. Would have liked this in paperback as I am a fan of Catrin Colliers writing and have all her books and this would have completed the Tsar trilogy. Cannot find this anywhere in paperback or hardback. The book was a joy to read as usual. You always feel that you are transported there. Well done, superb read.
Marianne Richards
5.0 out of 5 stars A Dragon’s Legacy

Reviewed in the United Kingdom on 13 April 2020

This is the final book in the Russian trio and to me wound up the tale of John Hughes and the people he attracted, both the Russian and the Welsh contingent that followed his dream! The lives and loves of the principal players were brought to life brilliantly by Catrin Collier and I really felt as though I was a part of the whole scenario. The final book pulled you once more into the lives of Hughesovkia until the final chapters where the rise of the Bolsheviks raced to end an era in Russia’s history. I cried at the end where the main character of this book was left in her very old age recalling her memories. I would unconditionally recommend this book, however, I would heartily recommend that you read the whole Russian Trilogy “The Tsars Dragons”.
One person found this helpful

RCVB
5.0 out of 5 stars Russian drama

Reviewed in the United Kingdom on 10 November 2019

Verified Purchase
I read the first two books from the library, I loved the drama of the people’s lives as well as the history of Russia at this time.
I was fascinated by the different groups in Russian society and how especially the Jews refused to mix.
This last book was a bit of a race through the final years and the Russian revolution but still gave an insight into what happened and the ‘disappeared’
I’m intrigued about John Hughes and how there is so little written about this fascinating entrepreneur.
I would read other books by the author.
One person found this helpful
Helpful