ONE LAST SUMMER – CLICK ON JACKET FOR AMAZON PAGE  #ad 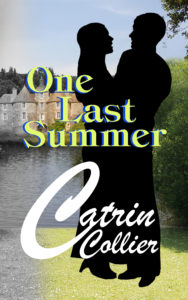 “A hidden past, a dangerous love and a voice to reach across the ages”. A  title from best-selling author Catrin Collier. Allenstein, East Prussia, 1939 – Charlotte von Datski’s parents hold a glittering ball to celebrate her eighteenth birthday and announce her engagement to a Prussian count. But Hitler is about to plunge the world into war… Soon, Charlotte will be forced to leave behind her beloved homeland and flee to England carrying a secret that both strengthens and torments her.

karen from staffordshire
Rating: 5
Haunting and unforgettable
This is the book of the year for me. The story told through Charlotte’s diaries is haunting, moving, sometimes harrowing and would melt a heart of stone. I simply loved it. Highly recommended.

Because my mother also named Charlotte, comes also from East Prussia and is the same age, this book has appealed enormously to me and I am not been disappointed. It has captivated me from the first to the last page. The story of my mother contains many parallels. I will not give this book, I read it intended in the near future once again.

ONE LAST SUMMER, Is a book based on my Prussian born mother & grandmother’s wartime diaries and recommended reading on the Holocaust Day Memorial website. An old woman returns to her wartime home after fifty years in exile. There, she relives the one great love of her life and faces the demons that have haunted her for over half a century.

I have always been fascinated by my family history and from an early age wanted to know how ordinary German men and women could allow the monstrous Nazi regime to take control of their country, and, after seeing the footage taken at the Nuremberg rallies, how the entire population could go into denial after the war and attempt to wipe Nazi history from the record books. However, I was one of a generation that was not allowed to ask questions. If we ever dared, we were met with a stony silence.

My mother was born Gerda Salewski in Allenstein, East Prussia, in 1926. Her father, Albert Salewski, was a self-made man, an architect, master builder and Burgomaster of the town. My grandmother, Martha Gertrude Plewe, was a member of an old close-knit Konigsberg (now Kaliningrad) clan that could trace its roots back to the 12th century.

The inspiration for One Last Summer came in 1995, when I accompanied my mother back to the home her family fled in 1945. East Prussia was divided between Russia and Poland in 1947, Allenstein renamed Olsztyn, and the country repopulated by Poles and Russians. The Polish Rodzina family, the contemporary inhabitants of the house, welcomed us as if we were lifelong friends. They allowed us not only to stay in the dream house my grandfather had built for his family in 1936, but also to sleep in Gerda’s old bedroom.

My mother had a comfortable middle-class upbringing. She showed signs of musical talent at an early age and her education was supplemented by lessons at a music academy. Like all German children at that time, she and her sister, my aunt, were members of the Hitler Youth (it was compulsory after 1936) and she toured extensively in Germany, Russia, Poland and the Eastern Front immediately before, and during the war. She had hoped to attend university, but Hitler closed all the German universities in 1944 and she, along with several classmates, was drafted into the Luftwaffe and trained to operate the generators that supplied electricity for the searchlights used to spot Allied planes. At the time, she noted in her diary that there was rarely enough petrol available to run the generators.

In January 1945, Russian forces invaded East Prussia. At that time my mother was stationed in the North East. My grandmother and aunt were in Allenstein which they had to flee after receiving a ten minute  warning from Russian officers who insisted they couldn’t control the troops marching behind them. They left their lunch on the table, but luckily managed to escape on the last train that left for the West from Allenstein station. As she fled westward with her unit on foot, my mother only just managed to stay ahead of the invading Russian army. Several of her friends were killed by bombs, strafing and the Russians. Two were shot by their commanding officers for trying to desert.With the allies closing in on all sides, their unit became stranded in Bavaria near Berchtesgaden and Hitler’s estate at Berghof. It was there that she saw the horrors of Dachau. The officers in her unit shot two of the girls in the flak unit that night for attempting to desert. After the remainder of the girls including my mother buried them the next morning they were told to go home – if they had a home left to go to, which wasn’t an option for my mother who knew she would be raped and be shot if she returned to Russian occupied Allenstein. She had no idea at the time if her mother and sister had survived.

She  went from farm to farm looking for work and was eventually taken in by a kind widow who offered her bed and board in exchange for help around the farm. The widow also generously gave her a curtain to make a civilian dress. If she hadn’t been able to pass as a civilian, she would have been placed in a POW camp by the Allies for collaborating with the Nazi regime. She remained in Bavaria for several months. Germany was in chaos. She didn’t know if any of her family had survived, and with East Prussia in Russian hands it remained impossible for her to return home. During that time, several of her friends from the unit discovered their entire families had been massacred during the Russian invasion. In the winter of 1945 my mother was shot and injured by a drunken French soldier who wanted more than she was prepared to give him in exchange for a sack of looted women’s clothes from Hitler’s house in Berchtesgaden. Ironically, he  did her a favour, since the doctor who dressed her wound had been in Northern Germany and had seen my mother’s sister.

Desperate to find her sister, my mother was assisted by a Jewish man she had befriended in Dachau. He had received papers from the allies that entitled him to claim food and lodging in any town in Germany. In search of survivors from his own family he was about to travel north, and offered to take my mother with him. At the end of a long journey, she eventually found her mother and sister – my grandmother and aunt – living in the town of Gifhorn.

Having lost everything, my grandmother had found work as a cook for a small British unit. My aunt was their interpreter/typist, and when the compassionate commanding officer heard my mother’s story, he offered her a job as maid to the unit. The first day Gerda turned up for work in the stonemason’s house the British had requisitioned as their headquarters, she saw the unit’s driver sitting on an unfinished tombstone in the yard. That driver was Welsh soldier Glyn Jones. And although she didn’t know it at the time, he would later become her husband and my father.

They fell in love before the fraternisation laws were lifted, but as a result of letters written to George Thomas (Lord Tonypandy) by my Welsh grandmother, my mother was given a berth on the first German war-bride boat, which docked at Tilbury in June 1947. My parents married in Pontypridd in July 1947 and I was born a year later. 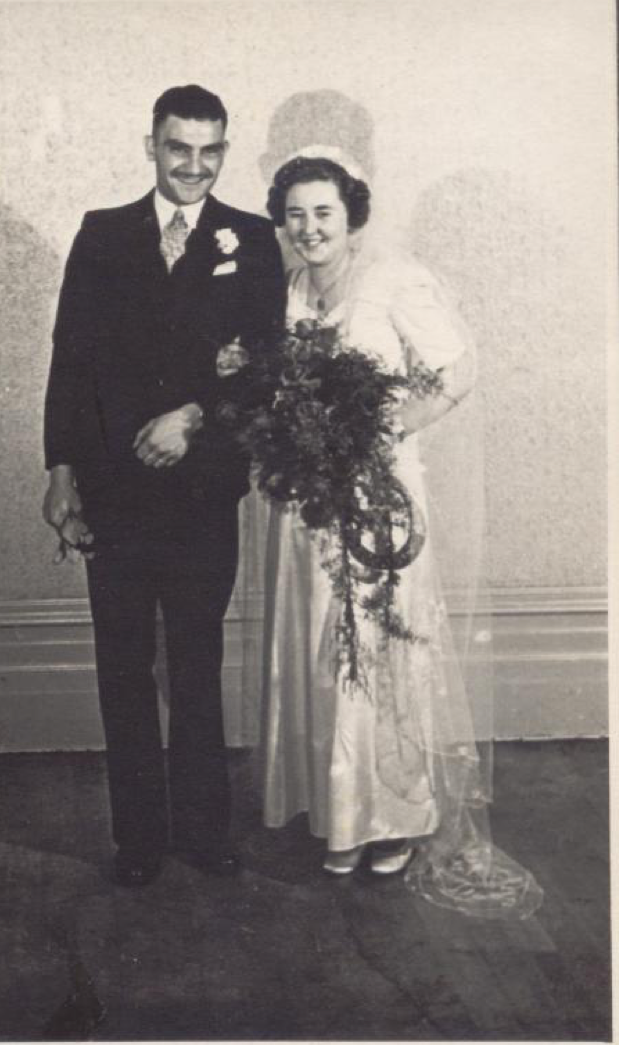 Although I grew up in Wales in an extended and loving Welsh family, I have always been conscious of my East Prussian heritage. I remained close to my German grandmother until her death in Wales in 1978. She never ceased mourning the loss of her mother, sister and other members of her family who disappeared in Konigsberg in January 1945. Not knowing how or where they had died added to her anguish.

I hope ‘One Last Summer’ will be seen in part as a tribute to my ancestors – these lost people from a lost country.

Konigsberg the former capital of East Prussia, is now part of Russia and renamed Kaliningrad. I visited the city,  tracked down my family’s former homes and used it as the backdrop to a historical crime novel, “The Defeated Aristocrat” – written as Katherine John.