Various short stories from the pen of Catrin Collier, some of which were written for and published in magazines. 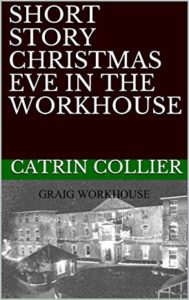 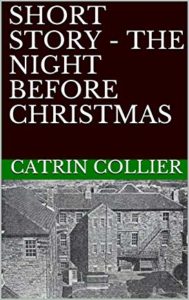 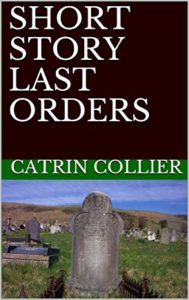 THE NIGHT BEFORE CHRISTMAS – 1918 A NURSE WIDOWED BY WAR, RECEIVES AN UNEXPECTED CHRISTMAS PRESENT

LAST ORDERS – A SNAPSHOT OF LIFE IN A PONTYPRIDD WORKING MAN’S CLUB IN THE EARLY 1960’S. BUILT ACROSS THE ROAD FROM THE WORKHOUSE THE MEMBERS FIND THEIR LIVES AFFECTED BY THE SHADOWS OF THE BUILDINGS IN MORE WAYS THAN ONE. 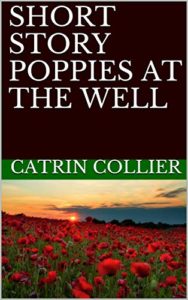 NOT QUITE LENINGRAD – IS IT REALLY POSSIBLE TO RECOVER WHAT HAS BEEN LOST AND STEP BACK THROUGH THE CURTAIN OF TIME? #ad 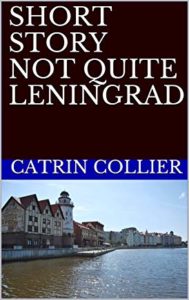 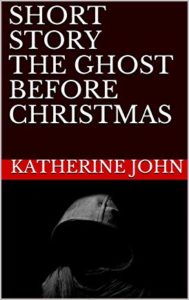 Trevor Joseph and Peter Collins receive a generous offer from their old colleague, Dan Evans, to spend Christmas with their families in a fifteenth century holiday cottage in Wales, owned by his family and conveniently situated next to the restaurant and pub that are  managed by his cordon bleu chef, nephew.

What Trevor and Peter don’t know is that another of Dan’s nephews is incarcerated for the murder of his wife, although no body has been found, and Dan is hoping to enlist their assistance to re-open and review the case.

Collected Short Stories – Catrin Collier’s Pontypridd workhouse tales – LAST ORDERS –  CHRISTMAS EVE IN THE WORKHOUSE – THE NIGHT BEFORE CHRISTMAS – And her story set in Kaliningrad – NOT QUITE LENINGRAD -A ghost story set on Gower – POPPIES AT THE WELL and a Katherine John, Trevor Joseph, cold case crime short story  THE GHOST BEFORE CHRISTMAS available in one download or paperback from Amazon.

Format: Kindle EditionVerified Purchase
I loved everything about this story. A glimpse into the past of the area I live. An era gone by where most were poor in pocket but rich in soul.
Catriona1555
5.0 out of 5 starsAn intriguing and unnerving war-time ghost story

Format: Kindle EditionVerified Purchase
New short story from my favourite Welsh author. Poppies at the Well is fast-paced yet manages to give tons of historical detail about both the First World War and its effect on the Welsh countryside. The suspense and mystery in the story left me literally shivering in my seat!
don hawkwind
5.0 out of 5 starsDon-Hawkwind

Verified Purchase
A great short story, although I was expecting more a ghost story, Christmas being the traditional season for the telling of such tales. But that aside the story is about a man wrongly convicted of murdering his wife although no body was found at the time, and he is now serving a life sentence in prison. There are some members of his family who believe he is innocent and invite two detectives and their families to stay at the pub for Christmas, actually staying in the rooms used by the jailed man when he lived at the place.
It is not long before the mystery starts to unravel.