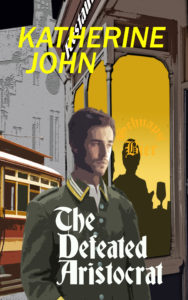 After spending the last months of the Great War as POW’s in England, Wolf Mau and his fellow soldiers are relieved to be back in Germany. Their homeland is defeated, starving, and broken – they didn’t expect a welcome home party. But neither did they anticipate murder … A killer is stalking the medieval streets of Konigsberg. A killer who specialises in kidnapping demobbed soldiers… before torturing them using medieval methods and leaving their mutilated corpses in the city’s red light district. With senior police officials more concerned with politics than crime-solving, it falls to Wolf to hunt down the perpetrator of  the sadistic crimes – before he and his remaining friends find themselves added to the growing list of victims…

This book was born in a trip I made to Kaliningrad a few years ago. Many readers wrote to me after my book One Last Summer, set in my mother’s homeland of East Prussia and partly based on her wartime diaries was published. One kind lady told me she was the last child to be evacuated from the city of Konigsberg before it fell to the Russians. She had a city directory and telephone book, and I asked if she could find the addresses of my relatives who disappeared at the end of the war, including my great grandmother, aunt and cousins. She very generously sent me the addresses, and armed with a map of old Konigsberg, new Kaliningrad and optimism  I set out. Thanks to the efforts of an indefatigable  guide I found my great grandparents’ homes. It inspired me to write about Konigsberg, not as the Kaliningrad it is now but as it once was, a vibrant thriving city where my family had lived and worked for centuries and my grandmother ran home at the end of her school day to spend time with her parents, three sisters, four brothers and four adopted sisters. The book opens at the end of the “War to end all wars” in 1919.
Eric Osgood
5.0 out of 5 starsGreat Story. Great character development 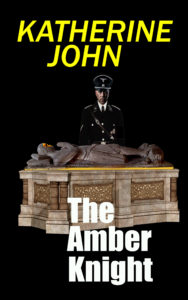 The idea for this novel was born in Gdansk city museum. When I visited, the ground floor held an exhibition of African domestic tools and carvings which I thought odd for a Baltic city museum. I spoke to the curator who pointed to the walls, which were covered with posters picturing historical artefacts in amber and precious metals. All made the same appeal,”If you see this object please telephone the number below. We cannot be certain if it was stolen by the Nazis when they retreated 1945 or the Russians when they advanced.” Those posters coupled with a legend related to me by an ambersmith in Mariacka Street, of a medieval knight killed at the battle for Eblag and subsequently encased  in an amber shroud  set me dreaming.  Unable to trace the story to any known fact – I created my own legend.

The Amber Knight is a fast-paced, multi-layered, action thriller that spans eight centuries, from medieval Germany and Prussia to present day Poland and USA. It is centred on  the legend of the Amber Knight – a beloved relic that inspired generations until the Nazis stole it. The Amber Knight was created in 1232 during The Teutonic Crusade when the heroic knight, Helmut von Mau, was killed in battle at Elblag. When the town was fired, the amber in the treasury melted and was poured into Helmut’s stone sarcophagus, covering his body and creating the Amber Knight.

In present day Gdansk. Adam Salen, director of a museum trust, who lives in an apartment in Mariacka Street and gambles in the Grand Hotel in Sopot receives photographs of the Amber Knight that disappeared in 1945, and a sale price of 15 million dollars. His assistant, Magda believes that given a corpse, sufficient amber and authentic armour the knight could be recreated. Adam and Magda want the knight for the museum, but when a mafia hit man is found dead at Adam’s feet  outside the Grand Hotel and more corpses are discovered in woods near Hitler’s Wolf’s lair, it seems there may be truth behind the legend that swift and certain  death awaits everyone who looks upon Helmut’s face.

Format: Kindle EditionVerified Purchase
I loved this book. The characters were compelling, as was the storyline. the interwoven history and the way the story flowed was really something special. as a lover of all books, this is going to be one of my favourites. definitely a top ten member
ellen gange lindsey
5.0 out of 5 starsOriginal

Format: Kindle EditionVerified Purchase
Loved every page, had heard of the amber room but not the amber knight, throroughly enjoyed from beginning to end, not my genre at all, but you have to open your mind to others and I am very pleased I did

Top left the ruins of Gdansk in 1945. I stand in awe of the people who rebuilt it. The art gallery  is where I housed Adam Salen. The photographs of Hitler’s Wolf’s lair cannot do justice to the immense scale of the complex.